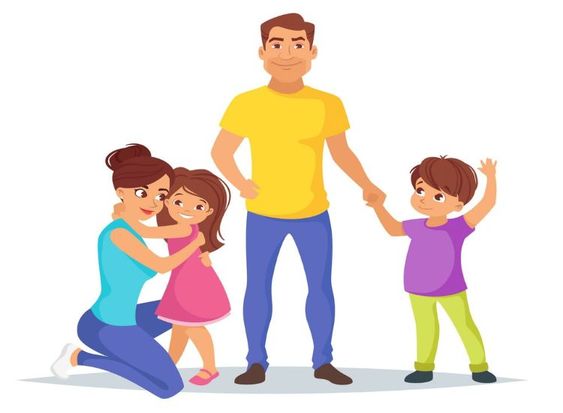 A 1980s Parenting Style Can Build Self-Reliant Kids This Summer

Parenting Style depends on each parent-set itself. However, taking tips from the veterans can always prove to be helpful!

I noticed something when I got my children out of school for the penultimate day. Next week I won’t have a problem with them putting on shoes. They can walk outside the house barefoot in the summer grass.

This was a small ray of hope after a month of worry over my children’s future. The truth is that I am a parent who works remotely. My life is much more complicated after Memorial Day. Also, I have limited options.

As the pandemic ends, camps can be expensive and logistically difficult. Babysitters and nannies can also be expensive. Vacation Bible School is completely free. However, sending my children to religious instruction just so that I could have some work feels morally inept.

My vision of barefoot children was a revelation. Perhaps this summer, I should bring back the 80s parenting style.

The Decade of the Self-Directed Parenting Style Child

My formative years were during the sugar-frosted Dayglo decade. Although I have deep memories of that time. My perspective is narrowed by the blurred vision caused by the speed of sidewalk-dominating bikes on BMX. In my mind, there were ten endless summers of dirt-clod fights on undeveloped lots and hunting crawdads through weed-bound ditches.

This mostly went unnoticed by parents. They were like ghosts that would appear occasionally from the peripheral, causing alarm and sudden silence among busy children. Soon enough, their adult stern faces would fade and the children would take up where they left off.

Modern parents are often baffled by the fact that my friends and me were left alone. It was not a deliberate choice made by the adults, but I doubt it. Most likely, the disregard was an outcome of the times. Was it good, bad or somewhere in between? It’s a serious question as I prepare for a summer working remotely and caring for the children.

The Science of Self-Direction

Modern research shows that children thrive when given autonomy, regardless of what prompted their parents to allow them more freedom in the 80s. In the 80s, many parents practiced what University of Pennsylvania Sociologist Annette Lareau called “accomplishment of Natural Growth.” This is the belief that parents were there to give children food, safety, and love in order to allow them to have a self-directed childhood, free of adult concerns.

Laureau compares natural growth to “concerted cultivating,” in which parents control the details of a child’s life. This means that moms and dads organize enrichment activities and playdates, and ensure that most of the child’s time is spent on academic, athletic, or self-improvement.

If these children are compared later in their lives, those who have experienced natural growth tend be more resilient and independent. Children who were raised in concerted cultivation tend to have a longer adolescence and remain dependent on their parents.

The resilience is evident, but what about the scars? There was plenty to enjoy in the 80s, literally and metaphorically.. But I don’t want to romanticize a time that was so dangerous for many children. Physical dangers increase when a parent isn’t there. Children had unprecedented autonomy but there were also fewer guardrails, and more accidents. I didn’t own a bike helmet until high school, and I vividly remember tempting fate with the steel rain of lawn darts.

What about the scars of loneliness? As long as the parents provide a safe and loving home for their children, it shouldn’t be a problem. Because it takes a little bit of solitude to ignite the imagination.

There is one caveat. Self-directed summers are only possible if a child can be left alone. It is not appropriate to kick out a child who does not know how or when to cross the street. There is no reason to let go of the reins after second grade. I am a father to a third- and fifth-grader.

Taking the Good, Leaving the Bad

It’s not as easy as just pushing my children out of the front door and locking it behind me. I am trying to find the sweet spot between helicopter parenting, free-range parenting. My goal is to allow my children autonomy and trust within safe and reasonable limits.

I am also aware of the fact there are some places that are not suitable for children. There are many neighborhoods that are too hot or too unhealthy for children. The solution is not to give up autonomy and the 80s parenting style. This just means that boundaries should be tightened: A few blocks instead of a neighbourhood, a lot instead of the playground. Children are adept at making any environment a playground. You can see it in my cluttered garage.

Numbers can provide safety (and fun) Both parents and children can feel the same way. My summer problems are not unique to me. I propose that our children form a team — a roving group of boys and girls who are able to explore within the boundaries. It’s more like a group than a playdate. They are able to look out for each other while remaining largely available. As they work out their plans and relationships, they will be developing important social skills.

Boundaries and Borders To keep them contained

The children will be taught to know the boundaries of the area. They will be able to identify landmarks that define the territory. To solidify the borders, they will know which streets they cannot cross.

They have freedom and structure because they live in such a large area. They become a fixture in any place they are allowed to travel. This means that they are more visible when they’re away from home.

Open Door Policy The 80s child system must work if parents agree that children are allowed to come home when their parents are not there. It is the idea of creating a network of homes where kids can go in and drink a glass of water before going out again.

These are just a few caveats. Parents will communicate with their children via text, and parents should make every effort to keep the group from getting too comfortable in front of a computer screen. COVID is still an issue and my children are not old enough to have it vaccinated. Outdoors are safe.

Home at Dinnertime My boys’ most important rule is that they must return in the cool of the evening to eat dinner. This is why I use an old school bell. They must go home when they hear the bell ring.

It is essential to trust others. It gives them autonomy and freedom, which builds pride and self-efficacy. It’s my ability to view them as individuals and to respect their desires and goals.

My 80s-kid parenting style plan will work. I believe so. I do hope so.

Yes, there will be some tears and scrapes from the realignment and realignment between rivalries and friendships. It’s an important part to childhood. With any luck, they’ll be able to plan their summer adventures themselves and I’ll have the space to work.

What about dressing them in Day-Glo? That one is still up in the air.